Peoples Gas crews are assessing damage in areas impacted by Hurricane Ian. If you smell gas or suspect a natural gas leak, move to safety and call 911, then call us at 877-832-6747. 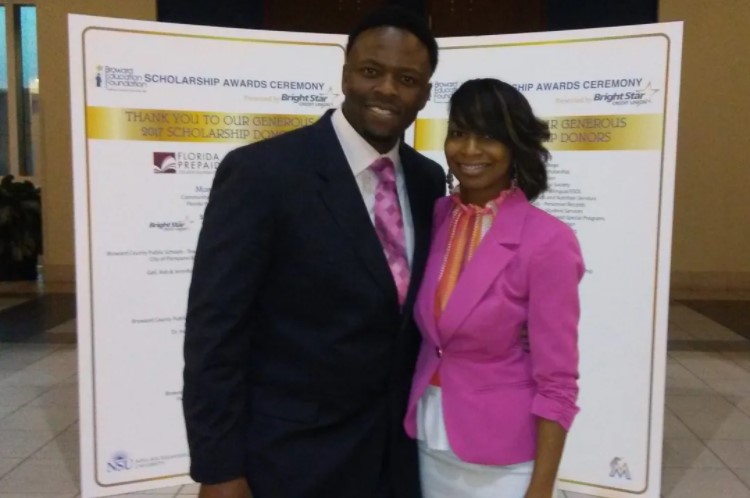 At Peoples Gas and Tampa Electric, our employees are finding ways to “Inspire Hope” during the pandemic. And we’re proud to share stories of team members safely volunteering and inspiring hope in our communities, one day at a time.

Jammal Davenport’s childhood was not easy. A teenage mom, an incarcerated dad – circumstances that don’t always lead a child to succeed.

Jammal says, “I was ‘that kid’ with the odds stacked against me.” But the Peoples Gas employee graduated from college with a 3.8 GPA and got his masters with a 3.9 GPA. He discovered an academic capacity that early life experiences did not allow him to explore.

This is why Jammal and his wife Amber created the Sprouting Scholar scholarship; to help kids in challenging situations overcome barriers to academic success.

The scholarship followed a year in which Jammal and Amber helped others at random. “Once we were at Applebee’s and our server mentioned that he had a new baby and needed a second job to cover bills. We brought a bunch of diapers back to him. We felt good that we were able to help.”

The next year, they reallocated their donations into a scholarship for students who did not have the most favorable start in life but had a quality that showed they would sprout into something more. Jammal and Amber have funded the Sprouting Scholar scholarship ever since.

“We look for experiences that show how the students overcome hurdles despite their challenges,” explains Jammal. One recipient was homeless, and her mom was in and out of her life, but she was still trying to do the best she could. Several applied after the Marjorie Stoneman Douglas High School shooting in Parkland, Florida, explaining that they still experienced Post Traumatic Stress Disorder (PTSD) and were having a hard time focusing but remained resilient.

“Education became a foundation for me, and we hope it does the same for these students,” Jammal notes. “I was able to get tuition reimbursement from Peoples Gas. Not everyone is that fortunate.”

Fortunate and giving, even during a pandemic. It’s an impressive legacy for “that kid.”

About Us In Our Communities